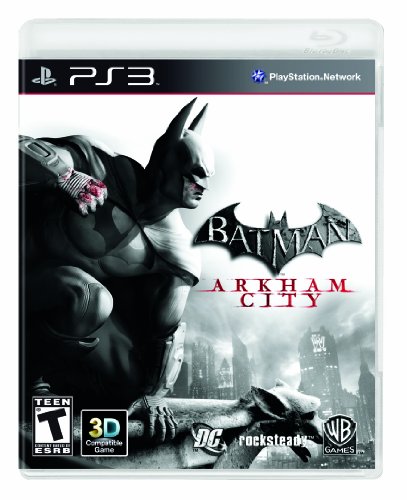 Arkham City is an open world action video game that incorporates elements of stealth and predator tactics. All of the gadgets previously obtained in the first game are present at the start of Arkham City (with the exception of the Ultra Batclaw, which is replaced with the regular Batclaw and Sonic Batarangs). Most of them have improved or new capabilities; for example, the Cryptographic Sequencer can also track signals, the line launcher now has a feature that allows Batman to flip over and launch another zipline perpendicularly across, switching directions, the remote control Batarang now has a built in brake and boost, and the grappling gun can now be used while gliding to boost Batman further up into the air. Four additional gadgets have been revealed: smoke pellets to confuse armed enemies when spotted by them, the Remote Electrical Charge which is a sniper-like taser gun used to power generators and shock enemies, ice grenades used to freeze enemies and make pathways through water, and a balled rope for tying up enemies. The game incorporates more puzzle elements; the use of Batman's "Detective Mode", which highlights elements such as enemy skeletons and clues on-screen, is used to perform forensic activities such as tracing the origin of a sniper round.

Batman: Arkham City is third-person Action-Adventure game that delivers an authentic Dark Knight experience rooted in an original and engrossing story as well as a combination of melee combat, stealth, investigative and speed-based challenge gameplay. A sequel to 2009's Batman: Arkham Asylum, Arkham City features the full range of classic enemies seen in the previous game, in addition to Catwoman, who is a playable character and has her own storyline in the new release. Additional features include: a range of new gadgets, an increased number of possible melee opponents and a range of movement options for Batman that include leaping, sliding, gliding and the grapple hook.

The Ultimate Experience of the Dark Knight

Developed by Rocksteady Studios, Batman: Arkham City builds upon the intense, atmospheric foundation of Batman: Arkham Asylum, sending players soaring into Arkham City, the new maximum security "home" for all of Gotham City's thugs, gangsters and insane criminal masterminds. The game features an unique combination of melee combat, stealth, investigative and speed-based challenge gameplay. Set inside the heavily fortified walls of a sprawling district in the heart of Gotham City, this highly anticipated sequel introduces a brand-new story that draws together a new all-star cast of classic characters and murderous villains from the Batman universe, as well as a vast range of new and enhanced gameplay features to deliver the ultimate experience as the Dark Knight. 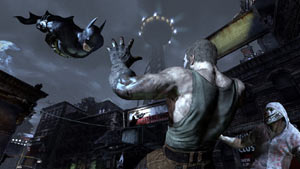